Matt Tett is the Managing Director of Enex TestLab, an ISO 9001 certified and ISO 17025 accredited independent testing laboratory with over 25 years history and a heritage stemming from RMIT University.

He is responsible for establishing and overseeing all eight operational divisions, delivering successful projects to 92 industry sectors across a number of global markets. He has a deep technical background in networking and security, and combines this with decades of high-level senior management and global business development. 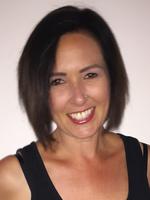 Rachael is an information security evangelist, with a passion for embedding organizational change management and culture uplift in to the way we think about cyber security.
As Principal Advisor to the Victorian Chief Information Security Officer, her focus is on leading collaboration across Victoria’s departments and agencies, helping to assess, monitor and respond to cyber security risks, as well as engaging with Commonwealth and private sector experts to deliver a resilient and cohesive cyber security environment.
Rachael has created and implemented cyber culture uplift strategies in the retail, finance and government sectors. With a firm belief that cyber is a risk best managed by fostering collaborative relationships based on trust, her focus is on the people side of cyber.
Rachael believes a culture which fosters organizational security maturity is paramount; and her goal is to make this as holistic, engaging, seamless and effortless as possible. 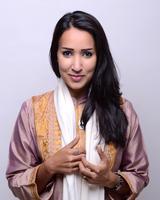 Manal, one of TIME Magazine's 100 most influential people in the world, and Newsweek’s top 10 tech-revolutionaries , is a prominent voice advocating for women's rights and empowerment. She is known to be the first Saudi women to specialize in Information Security with a career started back in 2002 with Saudi Aramco, the largest oil company in the world at the time.

In 2011, al-Sharif co-founded and led the #Women2Drive movement, to challenge the ban on women driving in her country. She was arrested and imprisoned for "driving while female". Released on the condition that she never drives again on Saudi lands, never to speak about it or do any interviews. Nonetheless, she continued campaigning for #Women2Drive and #IAmMyOwnGuardian to end the male guardianship in her country. She started #Faraj, to help domestic helpers leave jail and #IAmLama that was one of the reasons in codifying the first anti-domestic violence law in Saudi. For her activism, she won the first Vaclav Havel Prize for Creative Dissent.

She is a TED & Harvard speaker, she also spoke in the United Nations, UNESCO, the Obama Summit, Google, Yahoo!, Oslo Freedom Forum, WIRED, Trust Women, The Arab Institute in Paris, the Center for International and Strategic Studies in Washington DC, Roosevelt House in NY, Clinton Global Initiative, Women in the World, Dallas World Affairs Council, and many others.

Her speech at the Oslo Freedom Forum was chosen amongst 75 notable speeches throughout history, published in the book Speeches of Note by Shaun Usher.

A blogger and regular contributor to international media, Manal has written for the NY Times, the Washington Post, Alhayat and many others. Her Amazon best seller memoir ‘Daring to Drive: A Saudi Woman’s Awakening’ , is an intimate story of her life growing up in one of the most masculine societies in the world. It was voted by GoodReads Readers Choice Award as one of the best ten memoirs for 2017 and was listed as #1 book for the summer read by Oprah Magazine. 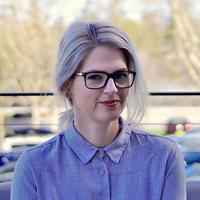 About Brianna: after graduating from Penn State with a degree in security and risk analysis I have worked at cloud companies protecting their most valuable assets. I spent the first half of my career on the defensive side as an analyst and incident responder before switching to the offensive side and leading red team engagement s for the last 4 years. I currently lead the red team program at Atlassian where i focus on helping my team be effective and measuring their impact on the organization by experimenting with new risk assessment models. Sarah is an Azure Security Global Blackbelt for the Asia region and is based in Melbourne, Australia. She has over a decade of experience in tech and has advised customers across a variety of industry sectors on how to design, migrate and run their cloud infrastructure securely. Sarah is ab avid security evangelist and has spoken around the world at a variety of infosec conferences about a range of technical topics. Olivia is passionate about designing and implementing internal and external communication and stakeholder engagement strategies for the private, public and not-for-profit sectors.

She currently works at AustCyber – an Industry Growth Centre aimed at driving innovation, productivity and competitiveness by focusing on areas of competitive strength and strategic priority.

Previously, she was the Strategy Lead and Content Production Manager at My Health Record - a high profile digital transformation project at the Australian Digital Health Agency.

She has worked as a Senior Communications Strategist at contentgroup, and for Global Access Partners – a public policy think-tank that initiates strategic discussions on pressing social, economic and structural issues to increase stakeholder participation in the development of government policy. 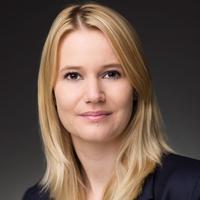 Currently, Melissa works as the Regional Divisional Counsel & Contracts Manager – APAC for a public safety software company. She is recognised for her ability to build and develop process, policies and governance around the Legal function in house, as well as to drive compliance. She has extensive experience in relation to information security, data protection and privacy across APAC. She holds an LLB (Hons), BA (Hist & Eng), Grad Dip Applied Finance & Investment and is presently studying a Masters of CyberSecurity Operations.