The Future of Mobility: The high impact trends that decide the direction! 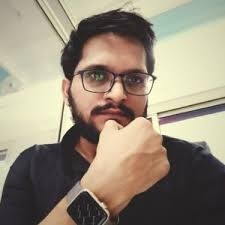 Vivek Shah is the founder and CEO of Capermint Technologies: A leading Mobile Game Development company. As a CEO, he likes to help other Gaming Studio/Companies to transform their gaming ideas into reality.

Mobile phones now cannot be replaced easily in today’s world as the consumer demands have been steadily increasing with respect to apps and smartphone features. Satisfying consumers based on ever changing trends in mobility is tricky too.

Innovation is hence an essential part of corporate and enterprise world. Things keep advancing with time, so observation becomes a must! Everything on the web is coming down to the mobile, into the user’s control. Applications, sites, databases, think of it and all is in your hands.

With so many technologies being linked to mobiles through applications it becomes vital to know what the latest update is. So here is a concise collection of the most recent emulous trends for mobile.

By tracking accumulated data and by making use of analytics, one can gauge the interest and the market trends that decide the future of mobility.

The stats indicate the need for businesses to bank on mobile apps for spreading the word. Additionally, new technologies dictating the future make the market more competitive than ever before. Standard requirements of user-friendliness, innovation, and interactivity will always be the status quo, but the incorporation of new technologies seamlessly will be the order of the day.

Top Future Mobility Trends based on their Impact

Hybrid app development is quite popular with several mobile app development companies opting for it, be enticed by its strong features. The approach saves time and money, and feasible for making apps for more than one operating system.

Although most of the mobile app developers prefer native app development, Hybrid apps are now in high demand from companies and individuals worldwide. HTML5 apps also do not have a strong competitor. Native apps are old school, and this approach also makes sure of efficient user performance.

The primary purpose Beacon technology is to blur the barriers of offline and online modes. Android app development is now quite well-spread in this territory. This tech along with location information is guiding new age retail enterprises too.

Location-based technologies now track user location and their destination and hence ideal for retail and travel sectors. Additionally, companies like Uber make the most of it.

The global sales for wearables are expected to cross $100 billion by 2018 for wearables and will surely go completely mainstream with the new Apple Watch version, feature-rich fitness trackers. With the advent of smart devices, one can expect IoT technology to reach urban households and cars widely.

What seemed impossible a few years back is now being defined as virtual reality experience with an immersive experience defined through Google Cardboard and even sensational gadgets like Oculus Rift.

M-commerce has seeped into the online market, and soon it is expected to thwart other modes of purchases. M-Commerce is expected to include 45% of total online purchases in the next 2-3 years.

Contactless payment has ushered in with some devices, but one can expect the facility to be extended to multiple platforms and smartphones, with revenues exceeding 600 million globally in the near future.

Forrester’s survey related to Global State of Artificial Intelligence revealed a 300% spike in investments in the field of cognitive computing this year to the figures compared to 2016.

2016 introduced many companies to various AI apps including Google Now and the photo-editing and sharing app Prisma. One can expect AI to boost the functioning of chat bots while the innovations in this field are only set to become better than what it is now.

Android Instant apps are making a huge impact on the market especially with the launch of Android 7.0 Nougat version. The concept of Android instant apps will pervade the operations of every mobile app development company, especially Android app development process. These apps are actually app streaming services, as users get to access apps quickly, without needing to download the same.

Android app developers would not get enough time to develop a new app, as all instant apps use the same structure and API and source code, with some basic added functionality. Most developers will surely opt to spend more time to support it since the instant apps will allow more exposure of their app and expand their reach to more users than before.

Each of the stats and trends indicated in the above points indicates success for an ideal mobile app development company, which is keen to move on with innovation and integration of newest technologies into the fold. A new approach and a flexible set of offerings will go a long way for companies to cope up with the volatile and changing market scenario.