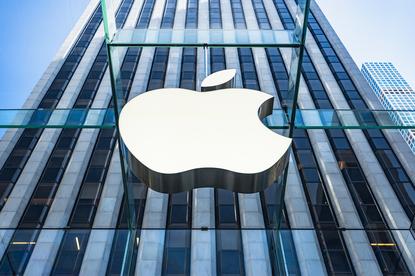 Instead of using a social network profile or a Gmail address to sign into apps or websites, Apple’s forthcoming sign in option in iOS 13 promises users of the iPhone and iPad a “new, more private way” to quickly sign in to these services without giving up a real credential, such as an email address.

The feature will become part of iOS 13 that was announced today at Apple’s 2019 WWDC conference.

The feature could be convenient for iOS users but can’t offer all users of the web — such as Android and Windows 10 users — better privacy than what’s available today from authentication services from Google, Facebook and Twitter.

Firstly, iOS device users will be able to use their Apple ID for authentication but instead of providing an app developer with a real email address or social networking profile, Apple offers the option to only share a unique random ID with the developer.

Apple hasn’t released technical details about the system yet but has provided some information about what users would see when attempting to sign in to a service from an iOS 13 device.

When iPhone and iPad users attempts to sign up to an app or site, they’ll see two buttons: the top-placed option is to “Sign in with Apple”, and the choice below is to “sign in with email” — the latter option, of course, being a Google Gmail or a Microsoft Outlook account for most email users.

iOS users are then presented with a sign up screen that asks if they want to use their Apple ID, which is likely a Google or Microsoft email account, to create their account. Users then have the choice to “Share my email” or “Hide my email” from the developer. If the latter option is chosen, Apple will generate a randomized address that is shared with the app developer.

Apple, of course, likes to use its Touch ID and Face ID technology to make purchases from itself and other services faster and more secure. But it isn’t the only company that thinks using centralized identity providers like Google, Microsoft, Facebook and Twitter is an issue that needs solving.