At Okta’s annual conference (Oktane 16) in Las Vegas, I sat down with the company’s CEO, Todd McKinnon, to get his view on the current state of information security and where he sees it heading. 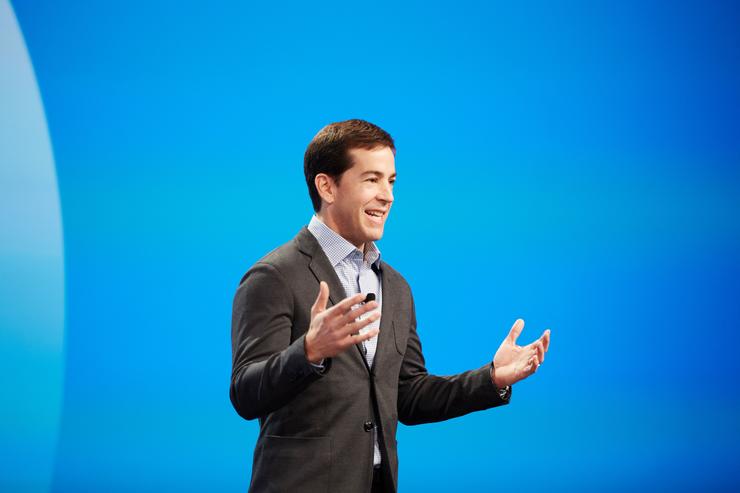 Okta’s software, is in essence, a cloud connector that ties together the myriad of software applications that a company and its workers use via single secure login. While the seven year old identity management vendor can still be classified as a unicorn - a term used for startups with valuations over $US1 billion - Okta boasts an impressive list of big name clients including MGM Studios, LinkedIn and business services conglomerate Experian.

Crucially, it just inked a partnership deal with Google that will see Okta become the search giant’s preferred identity provider for its enterprise customers. That's especially important for Okta as it goes up against giants like Microsoft and Salesforce who are also competing to be the single point for companies and their web services.

But McKinnon believes that with the advent of IoT, there will be plenty of more opportunity for growth moving forward as traditionally non-tech companies undergo digital transformation and look to build digital products and services to stay competitive.

“What’s going to happen is every company in every industry to some degree is going to have to become a technology company themselves. Large manufacturers of agriculture machines all have sensors on them and so they’re now thinking about machine-to-machine protection. Even if they’re a mining company they have to be smarter about finding what they’re mining and distributing it with their partners and so forth”.

“It means that everyone is not only connected, but every company is connected through their technology to their people and their customers, employees and partners and that just means that the security world has just heightened in importance for everyone,” he added.

The elevated status of information security according to McKinnon means that CSOs now either have a seat at the board level or at least a direct communication path to the leaders of the company which wasn’t the case a few years ago.

“The focus of a CSO used to be about trying to convince the board that this stuff is important, now it’s about convincing the board that you have a credible plan.”

McKinnon drew from his recent dealings with a CSO from a large well-known company, where the concern was around the lack of progress from his security teams since the last board meeting.

“If you have a CSO that’s worried about accountability to the board for a lack of execution on key security initiatives, that’s very different than an environment where you have to convince the board that it’s important. The board will only hold you accountable on executing matters that they think are important.”

In my interview with Brian Krebs, he emphasised the fact that there was a tremendous amount of over-reliance on technology at the expense of human expertise and that most organisations lacked an adequate number of security staff internally to do the daily blocking and tackling required of instant response teams. Krebs attributed this trend to the scarcity in qualified security professionals.

However, McKinnon puts the issue down to organisational complexity and the misprioritisation that comes from that.

“Organisations buy all of this technology and they have all of these log files flying around but they don’t make sure that the admin server has a strong password”, said McKinnon, “or they don’t make sure that the critical keys are shut off from the outside network. I don’t know if they had a 1000 more people that would necessarily be enough to get their priorities right,” he added.

“If you look at most of the recent breaches, it’s almost always in the chain - always something very simple. With Sony, it was malware plus admin accounts that didn’t have strong passwords plus two or three other things that were just basic practices like keeping their permissions on a server that shouldn’t have been,” he concluded.