​Windows 10 to put a wall between Edge and advanced hackers 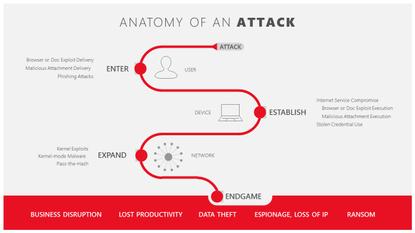 The new security feature, aimed at Microsoft’s enterprise customers with locked down environments, will help protect hardware against new browser exploits by isolating the Edge browser on a stripped back virtual instance of Windows 10.

Microsoft announced Application Guard as a new Windows Defender feature at its Ignite conference it’s hosting this week in Atlanta, GA. The feature will be more widely available in 2017.

The main purpose of Application Guard is to protect enterprise networks against malicious links by isolating Edge, under certain conditions, to a short-lived copy of Windows that’s also isolated from the underlying hardware.

Application Guard will allow admins to sanction certain sites, such as an internal web application, while offering employees the freedom to venture to the wider web in a protected container, based on Microsoft’s Hyper-V virtualization technology.

This may help the enterprise strike a better balance between security, productivity and employee satisfaction tied to using the Internet on work devices. After all, many sites employees visit aren’t dangerous, but can be compromised to put a user’s browser, and then from there, a company’s network at risk; that’s because the browsers have access to local storage where credentials and cookies are stored to provide a smoother experience when accessing web services.

According to Microsoft, Application Guard works by creating “a new instance of Windows at the hardware layer, with an entirely separate copy of the kernel and the minimum Windows Platform Services required to run Microsoft Edge”.

This builds on Microsoft’s other virtualization-based security powered features, such as Device Guard and Credential Guard — two features unique to Windows 10.

With Application Guard, malicious code will not be able to access memory, local storage, other installed applications, or other devices on a network.

Microsoft claims that Application Guard offers protection against advanced threats while still permitting essential features for a normal experience on the web, such as the ability to copy and paste using the Windows clipboard, and access the company printer.

The Windows Defender feature for Edge is scheduled to reach Windows fans on Microsoft’s Windows Insider program in coming months and will be available more broadly in at some point 2017.