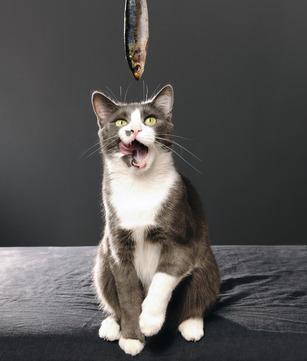 Accenture's acquisition of Australian security innovator Redcore is the latest in a series of strategic moves by major consulting firms that are filling out their capabilities in areas of fast-growing demand including cybersecurity and the Internet of Things (IoT).

The decision by the global technology and business-consulting powerhouse to purchase Redcore – a 130-strong Melbourne-based consultancy with specialised skills in information security, risk consulting, identity and access management, public key infrastructure and other areas – will give the company “a chance to really pivot towards the emerging opportunities that our clients are asking for in Australia and across the Asia-Pacific region,” managing director Joshua Kennedy-White told CSO Australia in the wake of the acquisition.

“Our challenge is all about meeting a client's expectations,” he continued. “To be able to do that, you have to be able to offer a real depth of capability – and not just two or three people with a particular capability. What they're looking for is what this acquisition gives us: 130 people with a broad capability across the entire security spectrum.”

Growing demand for cybersecurity experts – fuelled by ​ongoing revelations of massive data hacks​, ransomware paralysis, cyberespionage, insider threats and a growing feeling that it's all failing to make a real difference – has created a boom market for people with the right skills, and the Redcore acquisition gives Accenture substantial resources to quickly bolster its capabilities in this area.

“We could have organically gotten to where we needed to go but not within the timeframe,” Kennedy-White said, noting that the integration of Redcore's business – which includes offices in Australia, New Zealand, India, the Philippines and Singapore – would drive an “Australia led Asia-Pacific strategy”.

Redcore have “done quite a lot of things that are pioneering and we are keen to take that with our capability here to really supercharge the platform in Asia,” he continued. “To get to where we wanted to be, required a play like this. We'll make an absolute success of it here and use it as our platform in emerging markets.”

Accenture rival KPMG has also been repositioning itself to better compete in emerging markets, this week launching a dedicated Internet of Things (IoT) practice that will eventually employ more than 30 IoT specialists in Australia within its management-consulting business.

IoT security – a hot-button topic that is presenting significant challenges for vendors as the worldwide market explodes – will be part of the KPMG approach, which will look at leveraging IoT in areas such as smart cities, educational institutions and agriculture.

“The transformative and potential economic, social and environmental benefits from effective IoT solutions are vast, and Australia has the potential to become a global leader in the field,” national IoT leader Piers Hogarth-Scott said in a statement.

“We believe we can help to unlock the opportunity for our local ecosystem and the economy as a whole by supporting Australian technology companies, industry players, universities and entrepreneurs to develop and execute innovative IoT applications.”

Also debuting this week was Renesas Electronics Singapore, which brought its Synergy platform for developing IoT applications to ANZ and Asian markets in an effort to help stimulate development of such applications.

The extensive repositioning going on in the Australian market, said Accenture's Kennedy-White, reflects the growing dynamism of new data-related innovation areas – and the importance of rapidly building suitable skill sets to match.

“It's a great time to be doing this,” he said. “If you look at the waves of transformations that have occurred, we were riding on the back of the transformation wave and now it's the security wave. So much of what underpins the new economy is enabled by security, and you've got to be able to do that across all domains.”