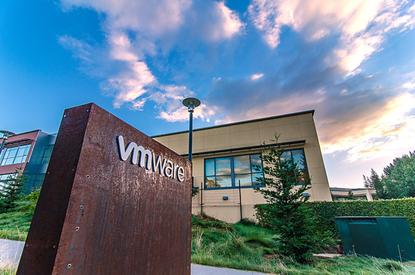 VMware wants to help companies get a better handle on the security of the computers their employees use. The new TrustPoint product the company announced Monday uses software to make it possible to track and manage computers easily and quickly, without taking up a whole bunch of data.

First off, the software allows companies to detect what devices are on their networks, along with which ones are being managed by IT. That helps businesses understand if they have machines operating outside the reach of their security systems, which could be a problem for protecting company data.

In addition, businesses will also be able to use TrustPoint to handle operating system imaging with VMware's technology, so it's easier for them to patch systems that are managed with TrustPoint.

It's all part of VMware's ongoing push to play in the market of enterprise endpoint management, which has proven increasingly popular as employees are bringing their own devices to work and security threats have intensified.

TrustPoint is powered by technology from Tanium, a company that specializes in the sort of detection work that's part of what makes TrustPoint special. In addition to detecting unmanaged devices, TrustPoint can then block those devices from connecting to company networks, so they don't get access to key data.

Computers running TrustPoint actually communicate with other devices near them that are running the software, so that it's possible for a group of computers to all get a software update by having pieces of it pushed to several different devices using TrustPoint. Once the pieces of the update have been downloaded, TrustPoint can coordinate the transfer of information between computers so that each one gets a complete update.

That's useful in situations where administrators don't want to have each device trying to download hundreds of megabytes if not gigabytes of software whenever they're supposed to run a software update. That approach can be taxing on network resources, which could gum up operations in other ways.

VMware has said that TrustPoint is particularly well-suited to rolling out Windows 10, something more and more companies are gearing up for. As part of that, the system can actually upgrade a device with a consumer Windows 10 license to Windows 10 Enterprise, so people can use other administration tools to manage it, too.

In addition to the launch of TrustPoint, VMware also announced updates to its Workspace One endpoint management software. The key new feature is onbe that lets users install business apps and have them still be managed without the enterprise requiring full mobile device management features like remote wipe and passcode reset functionality.

What that means is that privacy-conscious folks might be able to get access to their work email on a smartphone that's not wholly controlled by IT. Meanwhile, IT still gets management controls to keep business data under wraps.