​What risks are hiding inside your network? 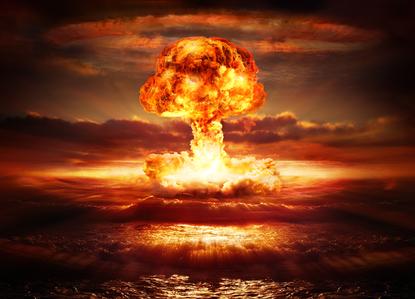 Cisco Senior Manager for Security and Trust, Jack Klecha says the key to understanding the risks in your network start by understanding what are you protecting.

Our interconnectedness means the depth and breadth of our networks has created a complex environment. But some recent research by Cisco suggests we might not be doing enough to be ready for a constantly evolving threat landscape.

Many companies are running ageing infrastructure. Cisco’s data suggests 31% of devices will be at the end of support between within the next four years and 5% are already end of life.

The threat landscape is constantly evolving with threats which were theoretical just a short time ago now becoming weaponised. Klecha says that in 2004 early research demonstrating IOS binary modifications was released. By 2014 there was publication of “Writing Cisco IOS Rootkit” which took the potential exploit from theory to a guide that high school students could access to create weaponised payloads.

Klecha discussed in the wild exploits that had been discovered where six Cisco devices had been injected with Cisco IOS malware. In every case, the attacker employed low-tech methods to infect the devices. The malware was injected either following physical access to the hardware or by using stolen administrator credentials.

Over the past decade, Klecha says Cisco has been on a security journey that, interestingly, did not start as a security discussion. It started as a conversation about counterfeit equipment and revenue protection rather than the impact on the information security of the company and its customers.

However, by 2009, at the annual Blackhat security conference a presenter dropped a bombshell on the company revealing exploits that could be used to compromise Cisco routers.

Suddenly, from just being a communications system, the network became critical to defence. And security became baked into the company’s development processes and culture. That’s critical as attackers have become better resourced and equipped.

From a response point of view, Klecha says there are a number of things companies can do to protect their networks. None of Klecha’s advice is complex or revolutionary but given the number of attacks and the types of vectors used it’s surprising how many exploits emanate from not following these basic steps.

Buy hardware from only trusted partners and resellers. This means IT and security departments need to educate and work with procurement teams to ensure that decisions aren’t made purely on price or insufficient research.

It’s critical to protect physical access and credentials. Devices need to be appropriately hardened with complex passwords – particularly if they are externally facing. Klecha says a number of companies that had been breached were suing simple passwords such as “cisco123” that were easily guessed or overcome through brute-force attacks.

And unused protocols such Telnet were still active although they weren’t being used.

Some of Klecha’s other advice was to keep software updated, restrict administrative access and gain visibility of what’s happening in the infrastructure, what software is running, and configurations. Many organisations that are breached lack even a basic understanding of what devices, software, protocols and configurations are present on their networks.

Klecha encourages companies to ask vendors for help and leverage security services when internal personnel and expertise are lacking. Developing a cyber-resilience strategy is critical so that, in the event of a breach, a company can contain the breach, protect data and continue operations.

Take this 5 minute survey on The State of Cloud Storage & Collaboration 2016 and go in the draw to win a $500 Visa credit card.Start Survey NOW