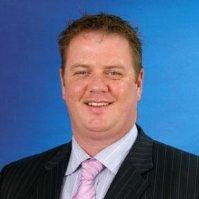 Woolworths Australia has appointed former KPMG exec and security consultant Pieter van der Merwe as its first ever chief information security officer. Prior to van der Merwe’s appointment, Peter Cooper was responsible for the company’s cybersecurity protection but he has since moved on to GWA Group according to LinkedIn.

It took Woolworths about five months to fill the position since it was advertised earlier this year. van der Merwe’s will report to Woolworths CIO Clive Whincup.

The CISO role was advertised as having responsibility for "planning, organising and directing the availability, integrity and confidentiality of the enterprise IT networks, systems and procedures, while ensuring business objectives are met in a secure and commercial manner".

Van der Merwe was the director in charge of information security at KPMG, a position for just under seven years.