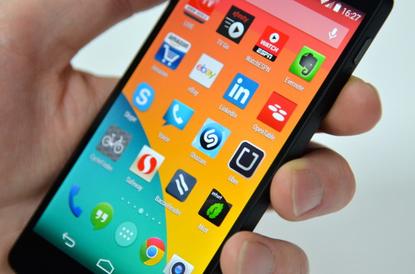 It's common sense to reset an Android phone to its factory state before selling or disposing of it. But beware, researchers recently found that this often fails to properly wipe all sensitive user data from the device.

A test on 21 second-hand smartphones running Android versions between 2.3.x (Gingerbread) and 4.3 (Jelly Bean) revealed that it's possible to recover emails, text messages, Google access tokens and other sensitive data after the factory reset function had been used.

The study was done by researchers Laurent Simon and Ross Anderson from the University of Cambridge in the U.K. on used devices bought from eBay between January and May 2014. The devices included models from Samsung Electronics, HTC, LG Electronics, Motorola and three from Google's Nexus line of phones.

In 80 percent of cases the researchers managed to recover the Google master token that could allow an attacker to re-synchronize the device with the previous owner's Google account, gaining access to the emails, contacts, Wi-Fi passwords and other data backed up to that account.

In some cases they also recovered access tokens from apps such as Facebook, portions of emails, SMS messages and other instant messaging conversations.

"The reasons for failure are complex; new phones are generally better than old ones, and Google's own brand phones are better than the OEM offerings," Ross Anderson said in a blog post. "However the vendors need to do a fair bit of work, and users need to take a fair amount of care."

Encrypting the phone can help mitigate some of the risk, but not completely. The researchers found that in some cases an attacker could recover enough information after a factory reset operation to break the encryption key using brute-force techniques. In order to prevent this, it's essential for phone owners to set a strong password when encrypting their phones, as 4-digit PINs are easy to crack.

Based on their findings, the researchers estimate that up to 500 million devices may not properly erase the data partition where the OS and apps store credentials and up to 630 million may not sanitize the SD card where multimedia files such as photos and videos are typically saved.

In a separate study, the researchers analyzed anti-theft features like remote device locking and wiping offered by top mobile security apps. Their conclusion was that these apps do not represent an alternative to the flawed built-in factory reset, because they are limited by the OS architecture and APIs in what they can do.

The only viable solution would be improvements to the data wiping mechanism made by the phone vendors themselves, the researchers said.

It's not clear if the factory reset function has been improved in Android versions newer than 4.3.

Google did not immediately respond to a request for comment.