The Upload: Your tech news briefing for Monday, May 11 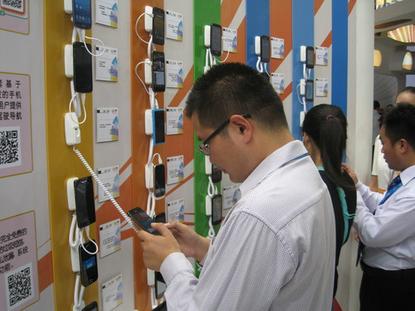 Smartphones are displayed at an electronics show in Beijing

The world's largest smartphone market may be losing its appetite: first quarter shipments of the devices in China dropped by 4 percent year over year, according to IDC. It's the first time in six years that China's smartphone market has contracted.

IBM has brought out another round of Power8 servers, targeting private, public and hybrid clouds as well as in-memory database applications and analytics. The multipurpose servers include the four-socket Power E850 and the more powerful Power E880.

Some iOS users on Facebook are seeing a new option to "add a link" which takes them to an in-app keyword search engine that the social network is apparently testing, TechCrunch reports. The feature lets users enter a query, and returns lists of links which can be previewed and added to their Facebook status.

More than four million smart energy meters worldwide use the Open Smart Grid Protocol, but security researchers have discovered that it is riddled with security problems, Threatpost writes. Two researchers, from universities in Germany and Portugal, have exposed encryption vulnerabilities in the protocol that leave it open to a number of attacks.

After building its own data centers, Zynga shutters them and returns to AWS

Mobile games powerhouse Zynga is shutting down data centers it spent $100 million to build several years ago and is returning to Amazon Web Services, the Wall Street Journal reports. CEO Mark Pincus said that running data centers was not an area where it was "strategic for us to have scale," and added, "We're going to let Amazon do that."

Amazon's drones may come looking for you

Amazon is straddling that fine line between super-convenient and kind of creepy. GeekWire reports that the e-commerce giant has filed a patent application for technology that will let its planned-for-the-future delivery drones track an order recipient's location via their smartphone in order to bring the package to them wherever they are.

This 3D printer is designed to be used in space, no gravity required. Because even Amazon's drones may not find you in the International Space Station if you need a spare part.

What happened to Russia's attempt to build its own Silicon Valley? Foreign Policy charts the rise and fall of the Skolkovo tech incubator.