Apple Pay could be a big deal for Android users 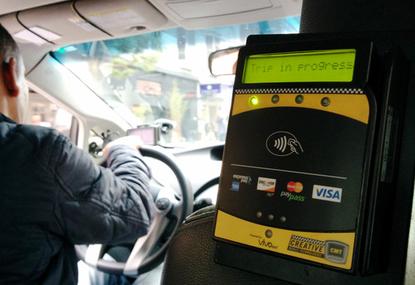 The launch of Apple Pay on Monday has brought considerable publicity to a technology that's already embedded in millions of Android smartphones yet has so far failed to take off.

Clunky implementations, lack of widespread acceptance and poor user knowledge have hampered NFC technology, but some in the payments industry are hoping Apple Pay has an impact far beyond iPhone 6 users.

"I think without a doubt, Apple has a unique place in the mobile ecosystem, with hardware, software and services," said James Anderson, senior vice president of emerging payments at MasterCard. He said Apple's adoption is an endorsement of NFC and gives consumers the feeling that the technology is safe and ready to be used.

In theory, NFC payment systems only require a user to place an NFC-enabled payment card or phone near a reader for a payment to be made. But in reality, a numeric code or password is usually required for security, reducing the convenience factor.

Apple's system is different. It users the fingerprint sensor in the iPhone, so no code or password is required.

"I think what Apple has done is create a very elegant experience around [NFC payments]," said Sam Shrauger, senior vice president of digital solutions at Visa. "That, combined with the number of Apple users, will be pretty catalytic for NFC payment."

He demonstrated Apple Pay at an event on Monday in San Francisco, where he used an iPhone 6 to make a payment. The phone was automatically woken from sleep by the terminal, and payment was made without Shrauger having to do anything other than hold his thumb on the fingerprint sensor.

"It's an extremely pleasing user experience," said MasterCard's Anderson, who said he has been using it for a couple of months.

The user experience has always been key to success for Apple. After all, many of Apple's biggest hits haven't come from being first to a market but from Apple doing a better job at something. The iPod, iPhone and iPad weren't the first of their kind, but they did end up proving to be the systems to beat.

So, if Apple Pay takes off, the pressure will be on competitors to come up with NFC systems that are equally easy to use.

Perhaps the biggest innovation with Apple Pay is something happening behind the scenes. Instead of exchanging your card number with a retailer, the system sends a payment token as a substitute. That means a hacked payment terminal, like those used in recent breaches at Target and Home Depot, wouldn't be able to grab your card number.

Google uses a more basic system that substitutes a card number for a virtual MasterCard that is used for the transaction. It's not as secure as the token-based system used by Apple, and Anderson said he expects Google to adopt the newer tokenization technology.

There's also a fairly big privacy gap between Apple and Google. Apple doesn't see all of the transactions being made with Apple Pay, but Google does see what its Google Wallet users are buying and where those transactions are taking place. So success for Apple Pay could push Google to give its users a bit more privacy.