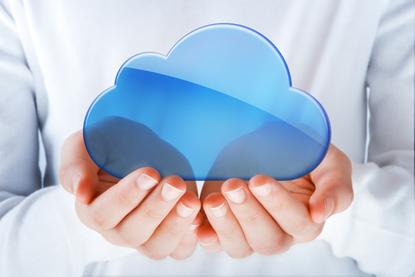 For the last couple of years CIOs and CSOs have been fighting to manage the rising tide of personal devices entering the enterprise. But that's changing as people start to bring their own cloud apps and services into the enterprise. BYOC – Bring your own Cloud – is the new challenge.

At the recent Cloud Innovation Forum held in Saratoga, California, Michael Howard from Infonetics Research hosted a panel discussion with John Marshall from AirWatch by VMware, Erik Papir from HP, Manish Rai from Meru Networks and Vittorio Viarengo from MobileIron.

According to research presented by Howard, a third of the devices today inside North American enterprises are mobile and that's expected to grow to 50% during by 2014 with the number of devices per user rising.

"One of the interesting facts here is that the majority allow employees to bring their own devices and only 25% of the enterprises that we surveyed said they don't. How do you stop it? They don't allow it but it happens anyway".

Marshall commented that while BYOD adoption continues to rise, there are still difficulties with security, governance and privacy. He suggested that part of the problem stemmed from how BYOD was adopted.

"There is a perception that BYOD is kind of a one size fits all and I think what we are seeing in more organisations is there is different levels of BYOD now. And there is a BYOD what does it mean for an executive versus what does it mean for maybe a store associate or somebody in the middle. And I think early on BYOD was really binary, you do it or you don't. And we are seeing now people adopting it in smaller ways," he said.

In Rai's view, much of this was driven by the popularity of the iPad. Before that, BYOD was not considered a viable alternative. He said that "When the CEO brings that iPad to work he wants coverage and the budget's started appearing".

At the moment, with the rapid uptake of BYOD, there are some lessons to be learned according to Viarengo.

"I think that looking at BYOD on its own and focusing on security and the problems is short-sighted, because I think we have an opportunity to look at history and look at mobility as the biggest opportunity for innovation that we've had since the web".

Although BYOD has been the focus – IT departments have traditionally been focussed on devices. The more complex payload that has been delivered inside the portable device Trojan has been the array of apps and services that those devices have enabled.

"We are seeing this real flexible hybrid approach where based on the app, the business, the collaboration, cross-company collaboration there is all kinds of elements that will come together whether it's a dedicated private cloud, some shared cloud infrastructure, a little bit of Amazon Web Service. So I think organisationally in the past you always thought about one element of all that infrastructure being provided from, I think now based on the application, the company collaboration, the third parties involved you're going to have different clouds that you pull data from, and all of those will have some different policies and integration touch points".

Viarengo points to the simple example of cloud storage services such as Dropbox and Box.net.

"I think the days where IT can mandate what people will use to do that what kind of cloud private or public they are going to use are over. There are some, maybe some healthcare and financial service environments where they can still be able to do it, but for the most part you need to embrace whatever [is] coming in, and so what we are focusing on is enabling our ecosystem".

When it comes to security, this means moving more of our resources out to applications rather than on physical infrastructure as "a lot of applications are in the cloud and it's hard to manage security on the device in this BYOD world," according to Rai".

Anthony Caruana attended the Cloud Innovation Forum in Saratoga, California as a guest of NetEvents.