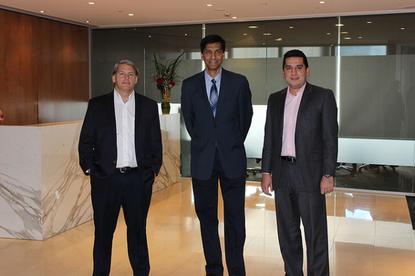 Growing demand for cloud-security solutions has seen early demand for CipherCloud’s encryption platform grow so fast that today’s opening of an Australian office was fast-tracked to tap into what has become the company’s “fastest-growing market”, according to the company’s founder.

That’s a significant move for a company that has passed the 2m user mark and has seen overall revenues doubling year-on-year – but with sales in Australia more than double that heady market, founder and CEO Pravin Kothari said it was time for the nearly three-year-old company to move into Australia.

“We expedited the move to Australia, which is our fastest growing market now,” he told CSO Australia, noting that the federal government’s ‘cloud-first’ National Cloud Computing Strategy and proposed breach-notification laws are also “driving a lot of interest.”

“On a percentage basis, organisations at the private and government levels are growing faster than the overall market in adopting cloud,” he said. “Customers moving to the cloud just want to ensure their data is protected.”

The new office, in Sydney, will be presided over by regional director Iman Ghodosi, who expects “to grow the team very rapidly over the next few months” to service growing demand in industry sectors including government, banking, insurance, healthcare and retail.

CipherCloud’s flagship product is a proxy server that applies 256-bit AES encryption and/or data tokenisation to corporate data before it is onsent to cloud services including Salesforce.com, Chatter, Box, Microsoft Office 365, Google’s Gmail, and Amazon Web Services. It also offers extensions to support other applications and databases, and offers data loss prevention (DLP) features that allow for the trapping of credit card and other confidential information that’s being sent out of the network.

By automating the encryption of data as it leaves the corporate network, Kothari said the tool is designed to help companies approach the adoption of cloud with confidence that their data can’t be compromised when stored on other companies’ systems.

“People have misconceptions about encryption,” he explained. “This is helping break new ground and giving them full security and control within the new architecture. Customers can configure the policies about what kind of data they want to encrypt, and customers retain the key.”

The solution has become particularly relevant since revelations about the US National Security Agency’s PRISM digital surveillance program came to light earlier this year. “In the quarter that ended at the end of July, we grew 200 percent year on year,” Kothari said.

In-situ encryption of sensitive data also addresses data sovereignty concerns, enabling the protection of data even when stored offshore. “In the event you’re an Australian customer and a US cloud application provider attempts to turn over their data, when they do it will be gibberish,” Kothari said.

“We are basically bringing the control of information back to enterprise customers. They always had control of data before the cloud, but with the cloud coming in so fast, they have lost that control. We are shifting that control back to the customer where it belongs.”

Recent Gartner figures found that information-security spending in Australia was outpacing the rest of the world.