Technology is on the verge of yet another breakthrough: the birth of Artificial General Intelligence (AGI), or the kind of AI that dominates science fiction stories. When that will occur remains uncertain, but few scientists doubt that it will happen.

Progress points in AI’s direction: scientists have already been able to recreate the brain’s synaptic connections on a small scale, and more intelligent software is released every year. Google’s Director of Engineering Ray Kurzweil believes that the first smarter-than-human AI will arrive in 2029, others say 2050 is more likely. Regardless, it will likely be in our lifetime, and unsurprisingly many people are afraid.

In part, this fear is due to the plethora of popular dystopian stories that weave tales of dangerous AI that manipulate and control humans, such as The Terminator, I, Robot, or Blade Runner, yet this more outlandish fear is surpassed by one more immediately practical: the fear that robots will replace jobs.

After all, just look at what happened in manufacturing factories after so much of the manufacturing process was streamlined and automated—there are barely any employed human workers left in that industry.

However, there is reason to believe there is nothing to fear about the rise of robots. Throughout history, whenever technology has supplanted a particular job, it has paved the way for new work and new industries. Consider agriculture. In the past, the majority of Americans were engaged in farming; today, only 2% of the workforce is involved in the industry, yet most Americans are still employed today.

Indeed, it is this concept of new opportunity and increased efficiency that has been true for the economy’s reaction to robots already in use. To be clear, these robots don’t fall into AGI, the type of intelligence that surpasses humans, but rather into ANI, short for Artificial Narrow Intelligence, that can do any number of small tasks, such as winning a chess game or booking an appointment.

It’s important to note that in the robots of today, the role of these limited AI is generally one of helper, not decision-maker. Let’s take a step back and look closer at the example of chess to explain why. Everyone remembers how the computer program Deep Blue beat world chess champion Garry Kasparov in 1997, but this event didn’t usher in an era of computers beating human chess players regularly. Rather, a new type of victor appeared.

Called “chess centaurs,” the best chess players in the world are in fact teams of two: one human and one computer. Sure, a computer can beat a person in chess, but combine the strengths of people and robots, and you have a new victor.

This simple example relays the entire relationship between humans and robots: robots foster better decision making in people by providing them with relevant information that is useful to their needs faster and in greater volume than previously possible.

For another example, consider the app Waze. You may know the commute you take to work every day, but Waze can show you a faster commute that may vary by the day because it can provide the driver with real-time traffic information that the driver couldn’t get on their own.

The potential success of robots and humans working together even applies to areas where the need for big data isn’t necessarily immediately apparent. Take hiring software developers for instance. Finding the best software developers is an incredibly difficult task, and many dedicate their lives to sourcing and recruiting the best talent a city has to offer. Many top recruiters cite their own instinct or a holistic quality about great candidates that has nothing to do with numbers or figures as the reason they hire one candidate over another.

However, Harvard Business Review found that algorithms outperform human hiring decisions by at least 25%. Now, this doesn’t mean that a robot recruiter should replace a hiring manager, but it does suggest that the hiring expert in question would be more successful at their job if they combined their years of experience with the algorithms that can help them refine their candidate pool even more.

Sure, there are hesitations about whether robots can handle ethical decision making—the failure of Microsoft’s Tay is still on people’s minds, and those concerns will likely be around for a long time. That’s why people will ultimately be responsible for the actual decision, at least for the foreseeable future. In that capacity, robots are relegated to a supporting role, providing data, analysis, and options that the human can then pick from.

People should worry less about robots taking decisions and jobs away from them and focus more on the possibility that these algorithms and software programs can help them make smarter decisions and do their job even better. 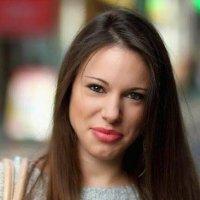 Lisa Froelings is a productivity consultant with over 4 years of experience in human resources working for a major retailer in the US before she decided to build her own small business. Her interests include technology, user experience as well as time management. You may connect with her on Twitter.