You could buy a mansion with the amount this company will pay if you can remotely hack Apple’s latest OS for the iPhone.

Zerodium, a so-called zero-day exploit broker, is living up to its claim that it pays “the highest rewards on the market” for attacks against un-patched flaws in popular software. The company just raised its standing offer for iOS 10 exploits from $500,000 apiece to $1.5 million. 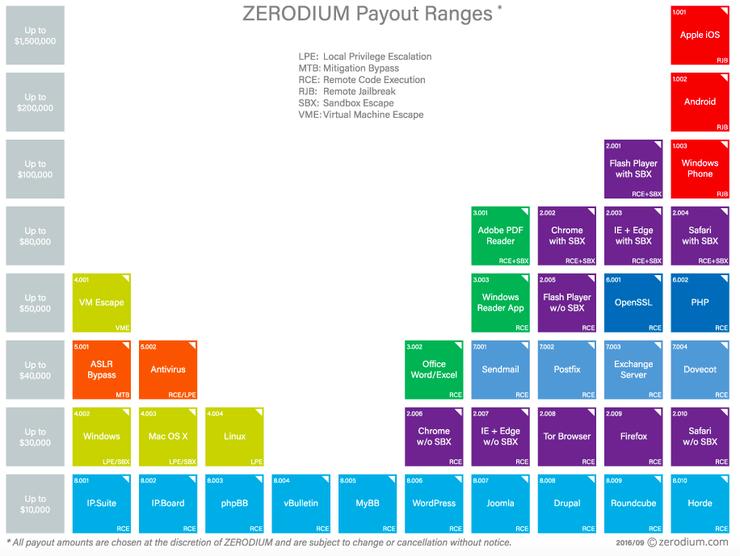 For the past two years Zerodium has offered exploits to customers in the US and Europe that can use these attack tools, for example, to hack a device running the vulnerable software. Zerodium is only interested in buying bugs that a vendor hasn’t fixed.

It has previously offered $1 million for iOS exploits for a set period, while its permanent offer for iOS 9 exploits was $500,000.

The company acts as a middle-man between researchers who develop exploits for previously unknown bugs. After validating the exploit, it offers them to customers. That’s wildly different to bug bounties, which usually pay less to researchers for reporting bugs so that a vendor can fix them.

Strikingly, Zerodium’s new offer is now $1.3 million more than Apple’s top payout for its soon to be launched private bug bounty program announced in summer at the BlackHat conference.

However, according to Zerodium’s CEO, Chaouki Bekrar, the new $1.5 million payout doesn’t compete with Apple’s bug bounty — at least not directly with the iPhone maker’s top reward.

Zerodium’s top payouts are for exploits against Safari and the iOS kernel, said Bekrar, while Apple’s top payouts include $200,000 for bugs in components of the iOS secure boot firmware and $100,000 for flaws that can leak data from the iPhone’s Secure Enclave.

Zerodium’s $1.5m offer does however compete Apple’s bounty for bugs that permit execution of code with kernel privileges, but Apple only offers $50,000 for these.

Zerodium also isn’t the only company offering far more for iOS exploits than Apple. Texas-based firm Exodus Intelligence recently announced it is offering up to $500,000 for a zero day affecting the latest version of iOS.

Signaling just how prized remote iOS jailbreaks are, Zerodium’s next highest offer is $200,000 for a remote exploit against Google’s Android and that, as of today, has been doubled. This figure at least is on par with the $200,000 that Google’s bug hunting experts at Project Zero are offering for remote code execution on multiple Nexus devices.