Could not resist that as a clickbait title. My apologies. Malware is a tiresome fact of life online. Ever since my first encounter with the Stoned virus years ago it has never ceased to be amaze me that the pace of this sort of software continues virtually unabated.

A friend of a friend of a friend of the family has been a notorious culprit when it comes to the spread of malicious software. He routinely sends out malware to people in his email address book and never does anything to repair the situation. To further complicate matters, he will shrug and say, “not on my computer, not my problem”. This sort of behaviour is infuriating. By his inability to do something he has become part of the problem.

To put a fine point on it, this person, let’s call him “Bob”, will buy a new computer every time it slows down. We’re talking really nice systems that have all the bells and whistles. He would complain bitterly to anyone who would listen about how bad the computer from company X was and then, unceremoniously, drop it off at the curb for the trash pick up.

How to respond to ransomware threats

I wish I was making this up. Sadly, this happens on a fairly regular cadence. Why might you ask? Well, “Bob” would not have anything on his system to afford anything resembling protection. Nothing, nada, zip, zilch, zero, bupkis. It breaks my fragile little mind when I think that he is by no means an outlier. Where he falls into the outlier category is in his inability to accept his part in this malware related debacle. 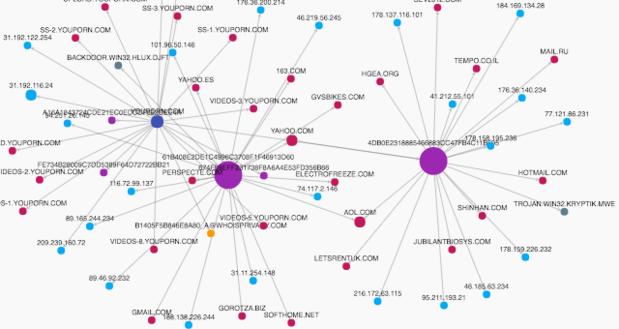 Of the 10 different sites that I checked 6 of them were affected by malicious software. These sites were not compromised themselves but, systems that were connected to them in some manner were. This could easily lead to a system infection if the user wasn't paying attention and, let's be honest, the likelihood isn't great that they would be watching for security issues.

How do we better protect users from themselves? Malware protection only goes so far and user education will have limited utility for someone who is doing something that they may have been brought up to believe is socially not acceptable.

Is there a good answer? Well, no. Not really if we're being honest with ourselves. There is just a strong need for us to collectively do a better job of bringing the security message to the wider audience and moving beyond the navel gazing echo chamber that is Information Security.

In the meantime I'm going to take a cooler and folding chair and wait outside Bob's house. Trash day is coming.

This article was originally posted Mar 29, on Csoonline.com